last week I had finally two repotting sessions after the long abnormal frost period we had for a few weeks and that was about time for most trees that I had to do because the buds on some of them were already opening! First up was my easy to repot old Hawthorn Yamadori ( Crataegus monogyna) in his beautiful Dan Barton pot.

Below: Everything that I could possibly need for this repotting is in place and my old Hawthorn is patiently waiting for his haircut and fresh soil.

Below: Out of his pot and ready to remove as much of the old soil from in between the roots as possible and safe! My objective is to remove all downwards growing roots so that I can replant him even lower in its pot! 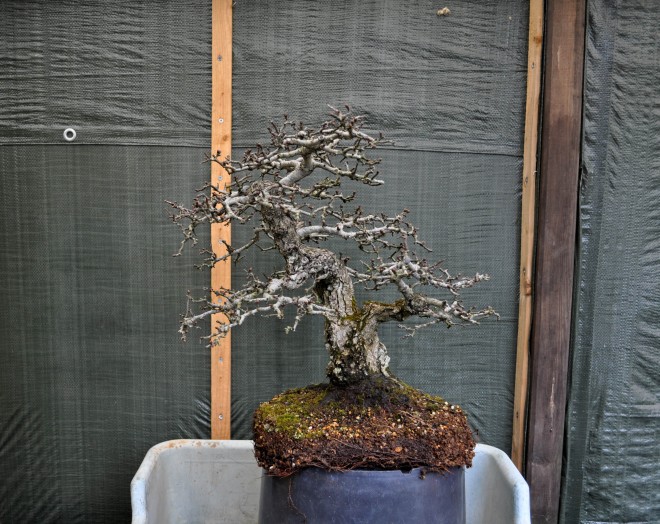 Below: A layer of my soil mix containing Akadama, Kiryu and Bims is spread out over the bottom of the pot.

Below: Then a small pile of the same soil mix is made more or less in the middle of the pot on which the tree is pushed down with a turning motion. This way all the cavities in the bottom of the rootball are automatically filled with the soil! Stop with the downwards turning motion when the tree has reached the acquired hight in the pot and stands in the right direction and angle etc.

Below: Then the wires are tightened loosely so that were necessary soil can still be brought in under need the roots with chopsticks.

Below: When that is successfully done the wires are tightened some more to secure the tree firmly in the pot! 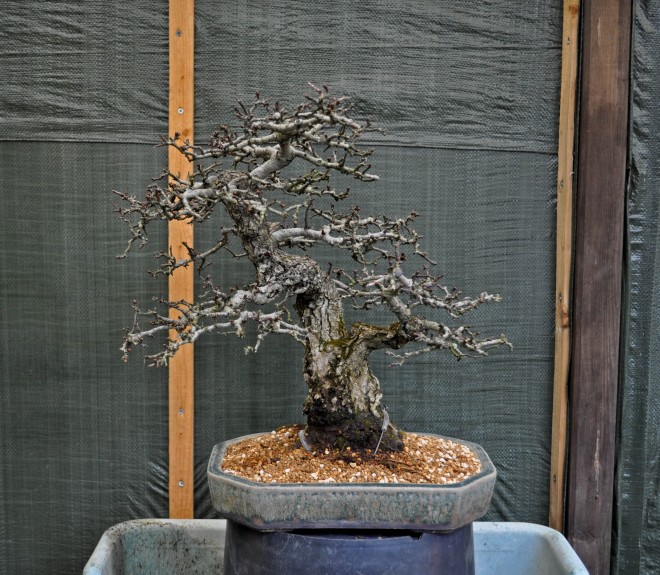 Below: Next is this rare Dutch Hawthorn (Crataegus monogyna) that I collected many many years ago in a wet dune forest close to the beach and not far from where we live. It was chopped and all branches and the top that you see in this picture are all later grown completely new. It stands now about 75cm high and it is time to release it from the plastic training pot where it grew happily for the last 6 years! The top will be shortened by some 10cm after the repotting!

Below: The wholes of the new pot are covered by mesh and I am just applying the first layer with large sized soil mix to the pot when I notice yet another scratch on my hands from one of those ####ing sharp Hawthorn needles that will turn in another inflammation…gggrrr!!!! 😉 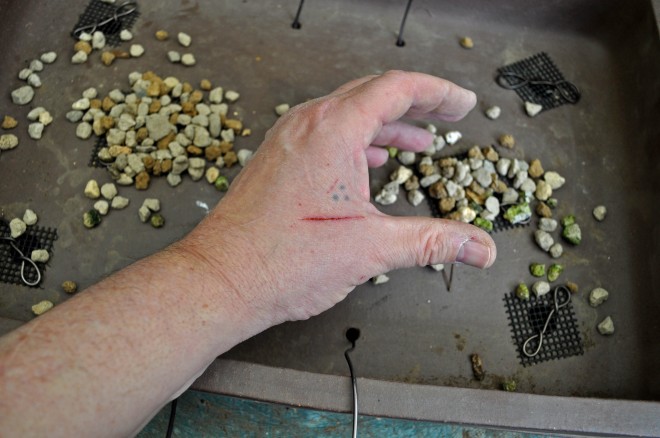 Below: The Hawthorn freed off its old training pot.

Below: The roots freed from most of the old soil and the long roots are shortened right up to where finer roots grow from them! Red arrow points at a thick root that was preventing the tree from being potted lower in its new pot so it was removed!

Below: Even larger ones were cut back to create a flatter root system (Nebari)! 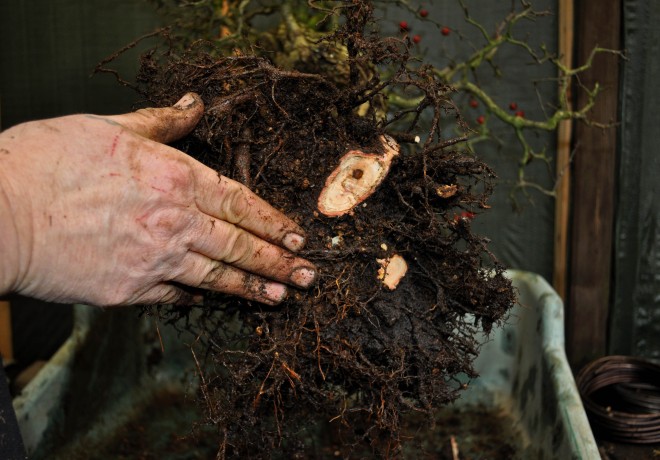 Below: The tree can now already stands on its own with his new flat roots base and that is just what I was aiming for the last 10 years or so!

Below: With the help of a chopstick soil is brought carefully into the roots making sure no air pockets are left behind! Roots that pop up to high are pushed/held down with little upside down U shaped pieces of wire to hold them in place.

Below: The final top layer is carefully brought in and is then taped even more in with the palm of my hand so that the last cavities are filled with soil! 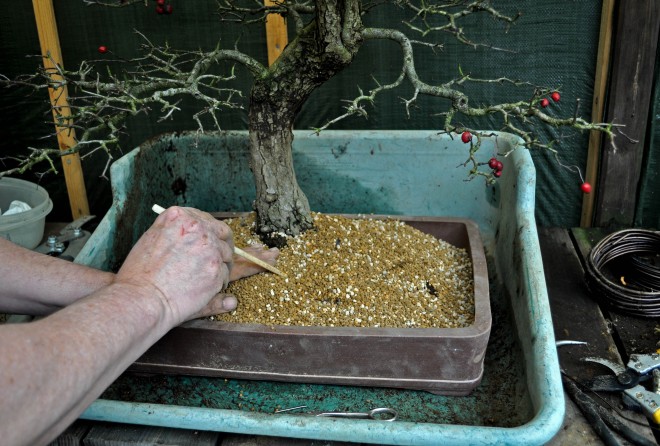 Below: Close up of the root base. The tree is just thoroughly watered until the water that runs out is transparent and free of dust!

Below: The tree in his new home and I happy how it looks in it! The top will be shortened soon and then I will make some more pictures to share here on my blog. 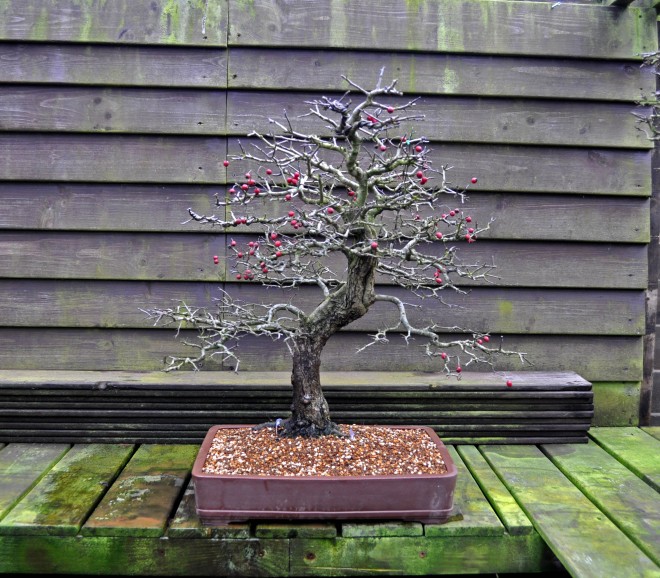 I will post tomorrow the massive repotting of “XL” my big Yamadori Larch so watch this space! I hoped you liked this little post about a long-awaited repotting session?!