this Larch lost a lot of its branches during an unusually long period of extremely hot weather in early Summer 2 seasons ago. So last year I repotted it in a (to) large pot, so it could regain its strength and it did. I left the dead branches on the tree because they actually tell the story that I was meaning to show in this creation from the start. An image of an old tree high on the mountain, bettered by strong winds, snow and dry head during the short summers. Almost falling into the debts below it, but still clinging on to the rock’s, not willing to give in! 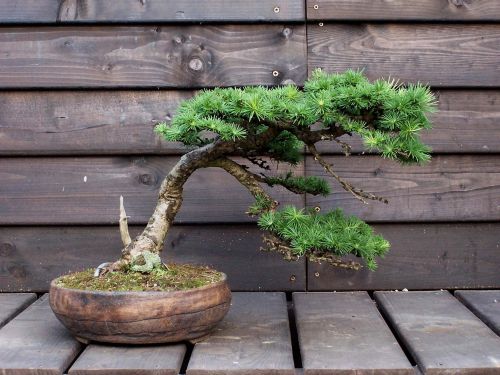 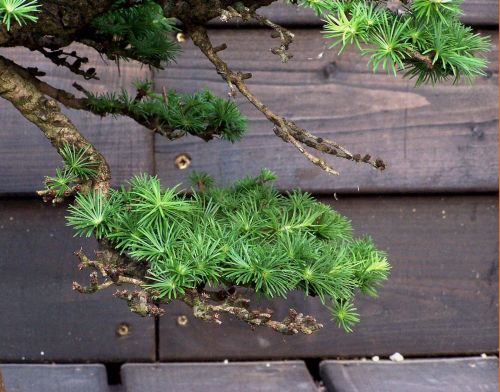