on 27-4-2013 I visited the celebration of the 100 year anniversary of the Japanese garden in the “Clingendael” estate in Wassenaar (the Netherlands) with my friend and student Ed van der Reek.

About “Clingendael”:In the the 16th century there was only a farm in the “Clinge”(Dunevalley) were now the “Clingendael” estate. In 1591 Philips Doublet bought the farm and it was his grandson Philips Doublet III who build the beautiful house in Baroque Style that is still there today. He started to create the large gardens in the classical France style. The house became a centre of art and culture. His wife Suzanne and his father in law Constantijn Huygens were a great influence on him!

The most famous part of this grant garden is without a doubt the Japanese garden, that’s open for only 8 weeks a year because it is so venerable. It was Freule Daisy who in early 1900 travelled to Japan and brought back a water drum, lantern and several bridges to build her own Japanese garden. This little garden is now the largest Japanese garden in the Netherlands and is since 2001 a protected heritage monument.

Here are the pictures I shoot during my visit! Enjoy!

Below: Right at the entrance of the park, this last remaining old staff house welcomes us.

Below: Entrance gate at the entrance of the park. Many different stand holders were lined up from there on the left and the right side of the path.

Below: Back view of that same path.

Bonsai on display from the “Bonsai van het Westen” club.

Below: One of the many stunning trees in the park. 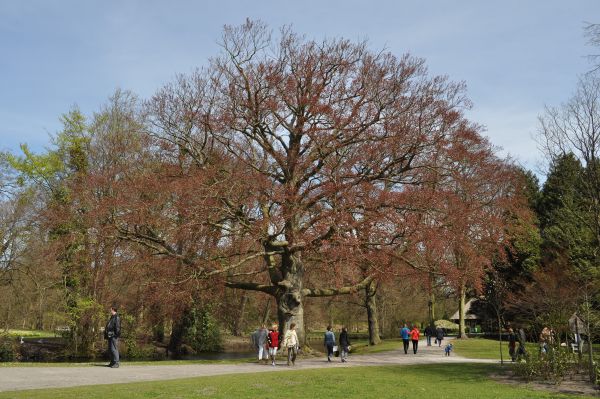 Below: Beautiful sculpture by mother nature!

Below: A fairytale tree!

Hope you enjoyed this little post of a day well spent in a beautiful location with friendly people and old friends!